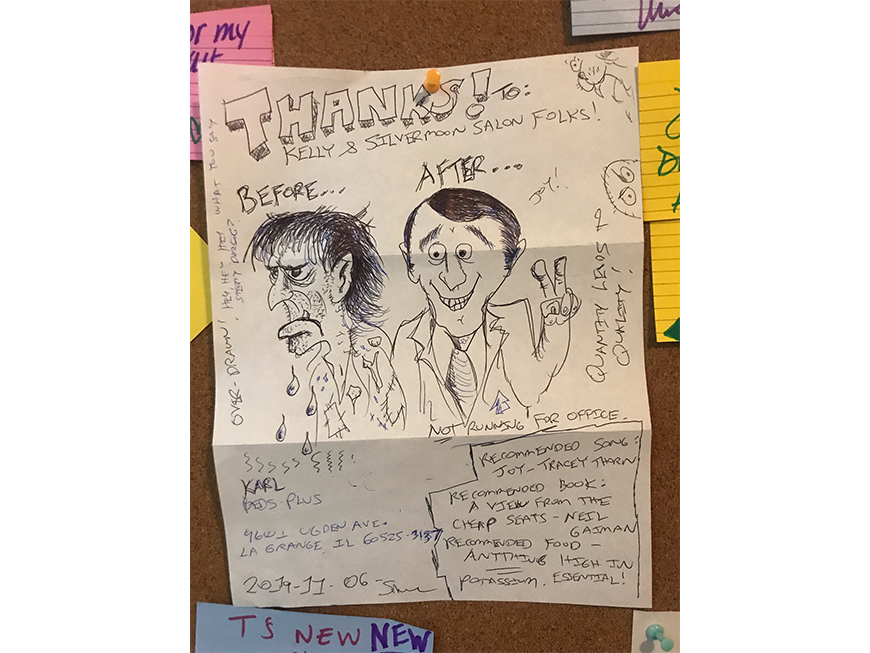 Sometimes, a stranger's simple act of kindness is all it takes to turn a day around. BEDS client Karl was recently touched by the generosity and genuine concern that Silvermoon Salon owner Kelly Douglas showed him and other BEDS clients at the salon that day for haircuts.

Karl said Kelly sat down and talked to clients, asking them about their day and sharing her own life experiences with them.

Self-esteem, Karl said, is really important for those experiencing homelessness like him. Karl first came to BEDS for help in February and has been staying in emergency overnight shelters while he awaits housing. He hopes to get back into the workforce but notes it is a difficult task to look professional when he has nowhere to store a suit and has to carry all of his belongings with him.

With his new haircut, though, he feels better.

"When I look in the mirror to brush my teeth or wash my face, I don't see this scraggly hair," he said.

The chance to speak with a stranger at the salon and not be judged for his situation truly touched Karl, who is used to strangers scowling or frowning down upon his appearance and the bags he travels with to carry his things.

"It's almost like a fulltime job being homeless because you have to plan your day out," said Karl, who said the weather is always a concern as is factoring in how long it might take him to walk from one place to the next.

Karl used to be a cartoonist and aspires to have his work published in the New Yorker, Playboy or another magazine. He says he has a stack of rejection letters but continues to draw and sketched a cartoon for Kelly as a way to say thank you.

That cartoon drawing is now framed and hanging up in the salon. Kelly, truly touched by the drawing, also gifted Karl with drawing pencils and a notebook so he can continue with his art.

"It doesn't hurt to show gratitude once in awhile," Karl said.